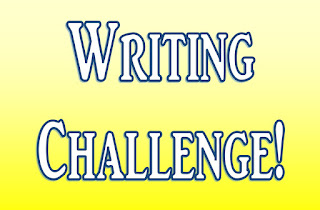 July 1st.  We are officially in the second half of 2015.  Crazy!  Here are some challenges for you to work on in the summer sun (or a rainy day, if you’d prefer!).

We’ve all done it…  We’re singing along to a new song on the radio and then someone looks as us weird and says, “What do you think the words are?!”  Okay, so maybe some artists don’t articulate well or maybe some of our ears aren’t as great as we think they are.  It happens.  Write about your favorite misheard lyrics – what you thought they sang and what they actually sang.

Disney’s The Little Mermaid was always my favorite movie as a kid.  My friend, Hannah, and I used to sing the songs, pretend we were Ariel, and watch the movie constantly.  Nowadays, I’ve seen a lot of articles regarding the negative things children (particularly girls) have learned from classic Disney movies.  Do I think I internalized the fact that I should need to change to earn the love of the man I love?  Do I subconsciously seek the approval of my father in order to achieve my dreams?  Do I need to leave everything I grew up with and adopt a new way of life after I get married?  No.  I don’t really buy into the theories that say I’m ruined by fairy tales.  But I do think I learned a love of music by listening to the soundtrack (and other Disney soundtracks).  I do think I learned that dreams can be achieved through perseverance.  I do think I learned to believe in “happily ever after” love.  So how about you?  What television shows or movies did you grow up with that may have influenced who you are today?

A Picture Paints a Thousand Words

Take a walk down memory road and look through a photo album of yours.  Pick a photograph and describe what was happening in it.  Who is in the photo?  What is taking place?  What year was it?  Which season was it taken in?  Provide as many details as you can.  You may be surprised with how much of a story you come away with!

Katrina Martin is the owner of Katrina's Resources and a B-6 certified teacher in New York State. She specializes in elementary education and curriculum development. You can read her blog at KatrinasResources.com or view her educational resources on TeachersPayTeachers.com.

Welcome! My name is Katrina Martin and I am a wife, mom, teacher, and resource creator. Getting quality learning tools into the hands and onto the desks of teachers and students all over the world is my goal. I hope you find the resources I provide helpful in your busy life!

I may earn a small commission for my endorsement, recommendation, testimonial, and/or link to any products or services from this website. This is at no extra cost to you. Your purchase helps support my work in bringing you high-quality teaching and learning tools.